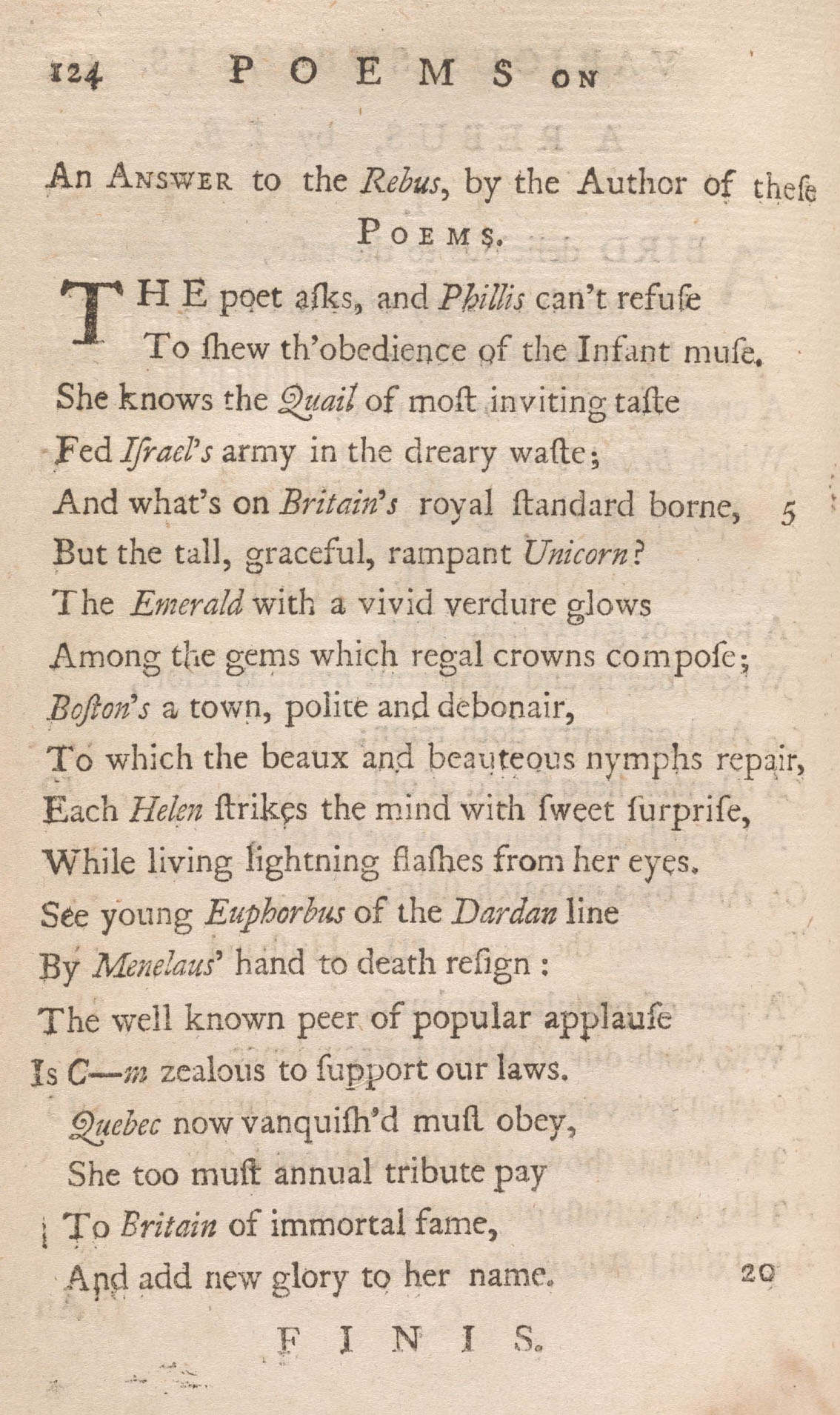 This poem is in response to A Rebus, by I.B.

An Answer to the Rebus, by the Author of these POEMS

Repository: University of Illinois at Urbana-Champaign